And the Oscar goes to…

This weekend brings the 87th annual Academy Awards ceremony and along with it, one of my favorite minor family traditions. Every year, I watch the Oscars with my wife and brother-in-law who lives a few blocks away from us in Brooklyn. We’re big fans of movies in my house and while there has been a recent dry spell in terms of a good variety of quality films being made in lieu of more and more big-budget superhero romps, there are still a few filmmakers out there making movies worthy of giving an award to. I haven’t been able to catch as many of the nominated movies this year as I would have liked but I’m still going to tune in on Sunday to see whose names are getting recorded in the history books of Hollywood.

This is all not to say that the four hour festival of self-congratulation doesn’t get a tad boring at times. While I’m feeling good about our chances at having a fun time with Neil Patrick Harris at the helm, there is nothing quite like a little friendly competition to keep things interesting all night long. Each year, we fill out ballots, marking down who we think will win (not necessarily who we want to win) in each category, and compete to see who can guess the most correct answers. The individual categories are rated differently in terms of point values and are tallied up at the end of the night. Feel free to assign your own point values, but we have found that rating the categories with different amounts helps prevent having a bunch of ties at the end and it also raises the stakes as you go later into the night. Here’s an example ballot:

It wouldn’t be a competition without winners and losers and accompanying prizes and punishments. Depending on how brutal your crowd tends to be, you can choose to either reward the winner or punish the loser. We generally don’t go too overboard with this part of it, it’s not a tattoo Fantasy Football League or anything, and so here are three family-friendly suggestions: 1). Do a $5 buy-in and the winner keeps the pot or 2). the losers have to cook the winner a meal of their choice or 3). if you live in an area where its freezing cold outside during the Oscars, the loser has to run around the block in shorts and short-sleeves as soon as the show is over at around midnight. Bonus punishment: the winner gets to choose something gross from the refrigerator for the loser to eat. We’re always open to new ideas, so let me know how your family and friends get down in the comments section and we’ll give them a try!

So if you’re thinking that a family tradition and an annual event sounds like a perfect occasion to chow down on some awesome appetizers all night long, then you, my friend, would be on to something. And it just so happens that we agree. This year, I am going to serve up one of my most adored dishes from the family vault: crabbies. There is something about these little wedges of crab toast that take me back to being a kid at the Mason family gatherings on Christmas Day. My family is humongous and so when we get together, we generally take up the entirety of someone’s house, sprawling from the kitchen to the basement to the back yard. It’s not long before one of my aunts or uncles will start making rounds throughout the house with a plate of crabbies.

Having a Gollum-esque obsession with the tasty bites, I would pursue “Precious” like a junkie, following close behind the Fellowship of Hors d’oeuvres as they brought joy to all. First I would hit up the plate in the kitchen and then as soon as my relative would turn to leave the room, I would sneak out and then casually appear in the living room. “Oh, are those crabbies? Why thank you!” It wasn’t long before I was blending into the crowd in the basement watching a heated game of pool unfold. I would exclaim, “Guys have you had the crabbies yet? They are so good!” diverting attention away from myself and sneaking a couple more crabbies as the crowd descended upon the plate. It was early in my life and I was developing a problem that would take decades to cope with.

It’s funny how cyclical life can be. I can still remember the first time my wife had a crabby. She reluctantly grabbed one from the passing plate and took a small bite. All of all sudden, her face lit up and it became obvious that she, too, had been smitten by the siren song of crabbies. Not being a shameless dog like me, she politely waited her turn for the plate come pass by her again. Yet much to her chagrin, that moment would never come. She was stunned. “There’s really no more crabbies?” she asked quietly, the weight of disappointment visibly sinking in across her brow, shoulders and posture. My wife learned a painful lesson that day: if you ever want to eat more than one crabby in my family, you must bird-dog the plate and take decisive action early and often. All is fair in Christmas and Crabbies.

It didn’t take long for the request to make crabbies at home to come around. And when I say request, I most certainly mean it was a direct order from the boss that was to be executed immediately. My wife was not going to live in a world where she could only have one crabby. It just wasn’t going to happen. The influence of crabbies had worked its way into my new family with a new tradition — truly the power of food at its finest. I invite you to join our ever-expanding family and make crabbies for someone you love. Whether it’s while watching the Oscars or visiting with family at Christmas, you’ll be coming up with reasons to eat crabbies every year, too. 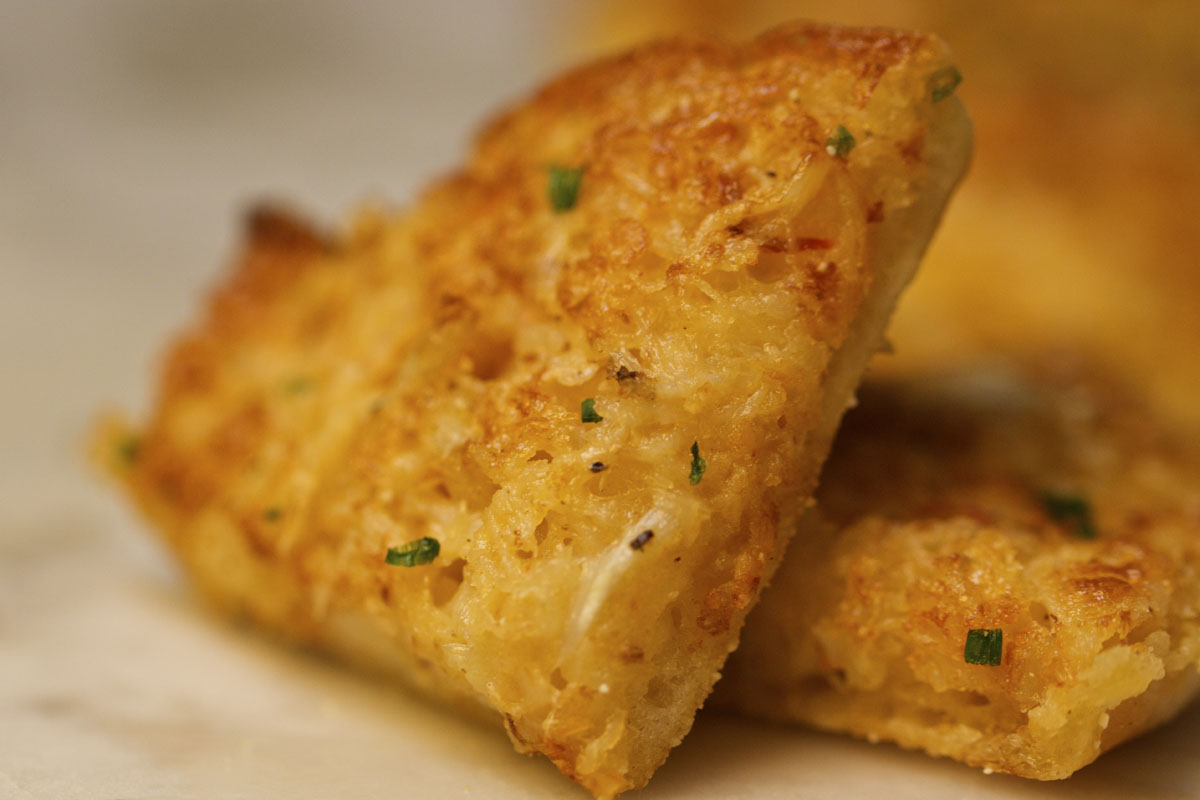 It’s hard not to consider this [undeniably delicious] appetizer to be “a little bit country.” The dish does include butter, mayonnaise and cheese spread, after all. However, I am here to attest that this dish is whole-heartedly rock n’ roll and remains a requisite appetizer every year at my family’s holiday gatherings. Get ‘em while they’re hot – they disappear quickly!
Check Out the Recipe Download the Recipe PDF

No Replies to "And the Oscar goes to..."