For He’s a Jolly Good Fellow

Tomorrow, March 9th, is my dad’s birthday and a week after that, it’ll be my birthday. We’ve shared the month of March and a similar disinterest in celebrating our birthdays for as long as I can remember, with our wishes each year falling more on the side of a UNC victory over Duke, or a deep run into the ACC and NCAA tournaments, as opposed to wanting any sort of party or pile of presents. Since leaving home for college, it’s more common for us to spend our birthdays apart than it is for us to spend our birthdays together. In addition to the bummer of not being able to spend time with my pops and the rest of my family, the second worst part of this new development is missing out on all of the awesome birthday dinners.

In my family, as I assume is the case in most families, when it’s your birthday, you get to choose what’s for dinner that night. Living in the woods of Chatham County and more or less a 30 minute drive away from any restaurant worth putting on pants for, more often than not each year we were choosing off of the family menu for our birthday meal choices. Thankfully there are some pretty talented cooks in my family so we are always just a reason-to-celebrate away from eating well. One of the best ways that we show each other love in the South is through cooking and so it is a big honor to be asked to cook for someone’s birthday. When I was younger and just starting to learn how to cook, it was an early aspiration of mine to be asked to serve up a birthday dinner one year, and thankfully, that day finally came.

In high school, I worked for a restaurant in Chapel Hill, NC, called the Carolina Club. I worked there as a food runner and later as an expeditor in college, but during the high school years I was just happy to not be washing dishes or getting paid $5 an hour to sweat my ass off working on someone’s farm. Aside from the undeniable perks of it being great pay for a punk high school kid from the middle of nowhere and my first real opportunity to spend any amount of time with cute college girls, the best part of working at The Carolina Club was the introductory experience of serving and being around high quality food. While the menu and this particular recipe have changed quite a bit since my time there, my favorite dish on the menu was Shrimp and Grits. As soon as I tried it in a pre-shift tasting meeting, there was literally nothing I would not do to barter a trade for a hot bowl of Shrimp and Grits. I would haul several pounds of leaky trash from the cooks’ stations every night, do their prep work or beg the bartender for drinks for them – I even washed a line cook’s truck one night just to get my hands on the dish. It wasn’t long before I grew tired of doing dirty work in exchange for my fix and so I was finally able to convince a weak-willed line cook to teach me how to make the wondrous dish. Sucker!

With some notes hastily scribbled on the back of a couple tickets in hand, I set off to try to recreate my new favorite recipe at home. Having recruited the help of my mom, we went through the list of ingredients and vague steps as dictated from my half-drunk line cook the week before. Bit by bit we made our way through the steps of the recipe and then it was finally time to taste it, to see if a mere nobody such as myself had what it takes to make food worthy of being sold in a restaurant. Success! The bowl before me at the table tasted exactly like what I had been eating at the restaurant. I was beginning to crack the code of making tasty food and it was only a few months later that my dad had requested that I make Shrimp and Grits for his birthday. I was blown away at the thought. Forget winning a James Beard award – I had received the ultimate prize of being the one asked to cook! I remember feeling very honored to have the opportunity to put my heart and soul into making a meal for my dad to help celebrate his birthday. Still to this day, it means a great deal to me to be asked to cook for someone on any occasion, but none will come close to topping that year. It is a special memory that I will hold onto for as long as I can.

Last year for his birthday, I had the treat of taking my dad to Allman Brothers show at the Beacon Theater in New York City. My dad raised me on their music and I think of him every time I hear Blue Sky, Ramblin’ Man and so on. It was a very special experience to be only a few rows back from some of the best musicians playing rock n’ roll today and scream-singing along to the music while white-man-dancing next to my pops. We got more than a little drunk on over-priced beers and had a blast. Sadly there will be no such all-nighter this year, so to feel a little closer to home and like I was still a part of the birthday bash this year, I whipped up a batch of Shrimp and Grits this weekend to toast the birth of the best I man know: my dad. I could not be prouder nor happier to be your son, Pops. Happy Birthday! I hope you eat well tomorrow – you deserve it. I love you. 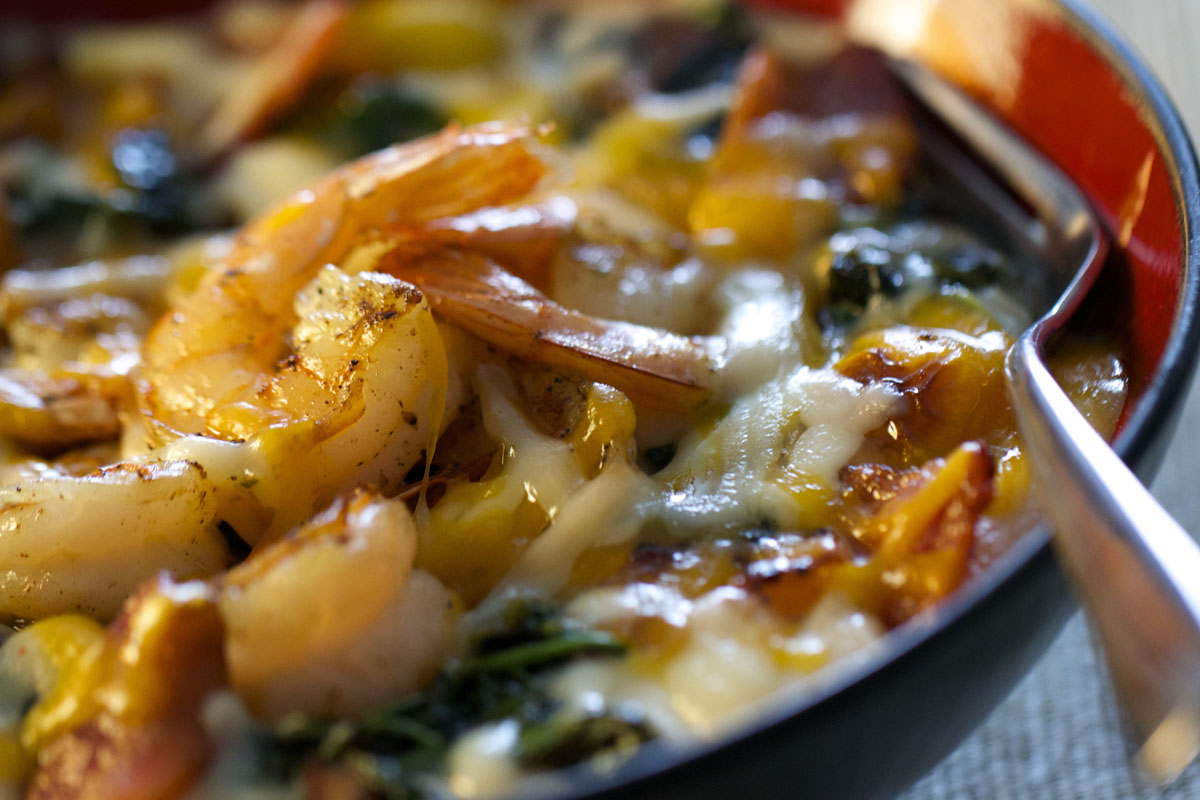 If this Shrimp n’ Grits recipe were to be translated into music, it would be a gorgeous major chord played in a way that you could hear each note clearly as it vibrates and harmonizes perfectly with the other notes in the ensemble. Once you have tasted this warm bowl of Southern comfort, you’ll have its song stuck in your head for many years to come.
Check Out the Recipe Download the Recipe PDF

4 Replies to "For He's a Jolly Good Fellow" 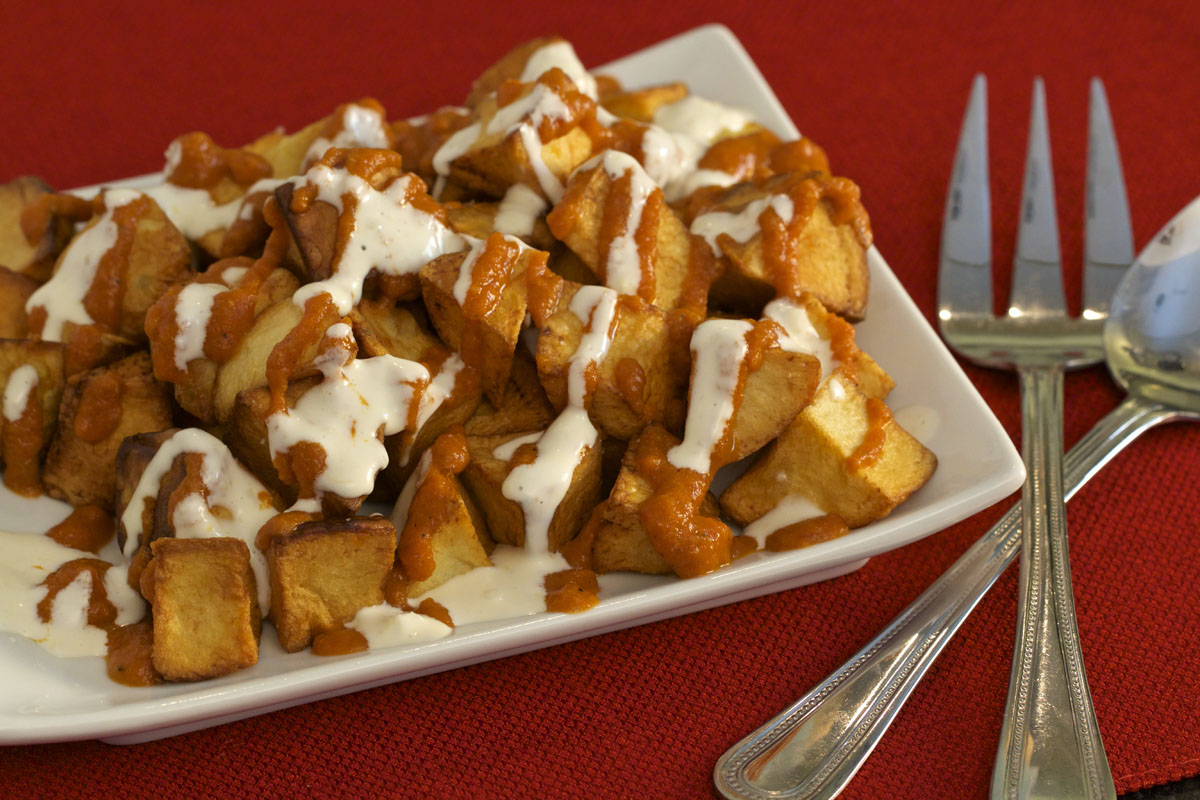 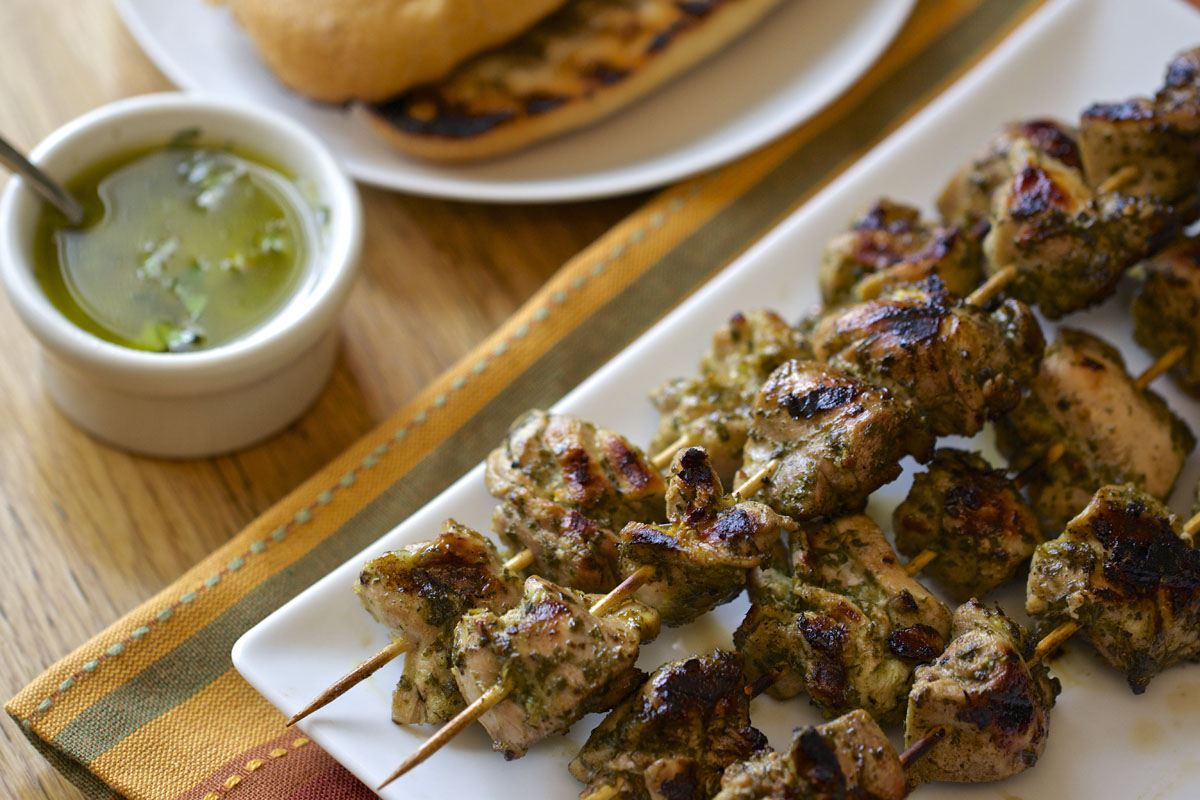